Akihabara is like every anime fans dream come true, what was once an electronic district is now arguably the central hub for most anime and manga related products in Japan and it still has a heap of electrics to buy from as well

The area of Akihabara stretch’s along from the station to the Main Street that has several blocks of stores and side streets filled with shops as well as a few malls, expo center and basically just a heap of stores lined up next to each other that span upwards on multiple floors

The area itself is relatively easy to navigate, all the streets are straight lines and everything is pretty close together, but the shops themselves are pretty small with a lot of stuff jam packed into them. 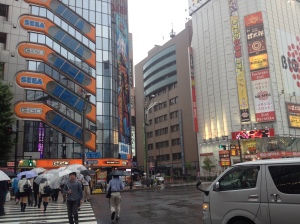 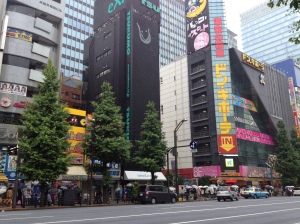 There are a few different types of stores that tend to get repeated over and over yet each one does have different things and often varying prices too compared to the other similar shops, while others will tend to specialize slightly in a certain product. There are the cheap electrical product stores selling pcs, camera, phones etc usually tax or duty free, there are the card stores, second hand stores, new toy stores, random toy stores, electrical parts stores, lighting stores, game stores and of course maid cafes!

Two things to note, firstly, One Piece is EVERYWHERE, almost every store you can find a One Piece toy, secondly and most annoyingly, there is little to no organization in most stores with the exception of the big brand stores. You will often find shops have stuff just randomly placed everywhere, some will have it slightly sectioned out but in reality trying to find specific things can be a very time consuming process, some stores (esp the second hand and smaller toy stores) just have everything jam packed into display cases or boxes randomly (least it appears random) so trying to find that one gem of an item can require extensive sifting thru a lot of stuff! Now for some people this can be fun, but be warned, it is time consuming, I didn’t cover the whole area, missed maybe a block or two worth of side street shops and skipped a lot of stores too and still managed to burn thru 4 hours, in the end giving up because I was carrying around too much stuff and the shops are very small. If you are looking at buying a few things, bring a big backpack! 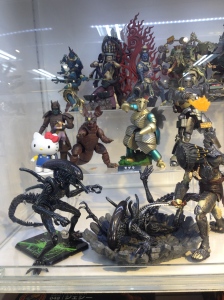 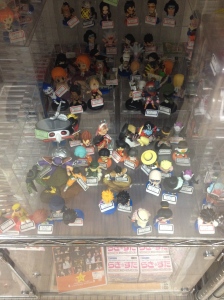 I did decide to go to a maid cafe, I have always seen the girls around dressed up trying to entice people to come in, also it has become quite a popular activity and is worth doing at least once. They are basically a theme cafe where you go in, they treat you like a master, you can order really cutesy food, get things decorated, interact and play games with the maids and have a good laugh at them and at yourself for going along with some of the ridiculous things (going moi moi cue to envoke I think its a love spell on your food is the less tame of the options) The girls all seem light hearted and I guess it will have its ups and downs like any service job, it is prob even more difficult at times having to keep up appearances but then again Japanese sales people always seem to have a really bubbly/cheesy personality so maybe they enjoy it. For me it felt kind of awkward, trying not to laugh at some of the sillier things and also at some of the people who actually looked socially awkward trying to interact with the girls, thou this is probably a good way for them to break their bubble a bit, it was still interesting to just observe, could probably conduct a good psyc test there! I would also recommend going with a friend, alone is ok but still… 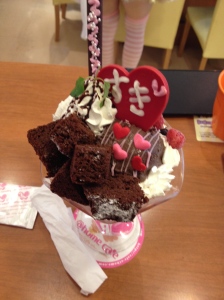 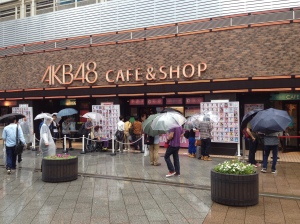 I didn’t get a chance to see it but there is a J-pop group known as AKB48 who performs in Akihabara I think everyday and is probably worth checking out as they are quite well known and even have their own café. Korakuen hall is also nearby as well as a Gundam cafe. Akihabara is really a place you can either whip thru quickly just to say you have been there, or spend hours sifting thru all the goods there looking for that one thing special from your childhood or that one toy from your favourite anime. I am sure there are more rare items floating around there, but finding them is a whole other story 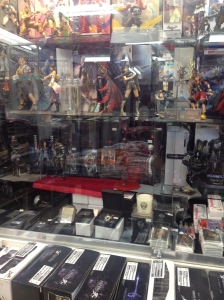 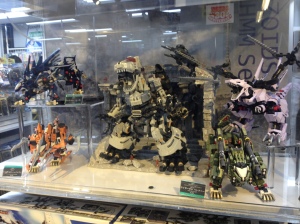 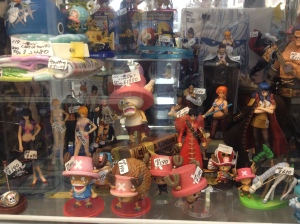