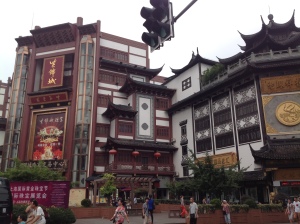 So, 4 days in Shanghai, well all I can say is Shanghai is one of the most interesting cities I have seen, mainly because of the buildings and the huge difference and contrasts in architecture shown throughout the city. It really is extreme in some cases, not uncommon to see multi-million dollar sky rises or heritage styles sights right next to a run down slum of apartment buildings. The city itself is seemingly still under going massive change, which is evident by the multitude of construction sites littered across the city, places being completely cleared (slums etc) and new buildings being put in. The Bund seriously looks like it should be in England, but then on the opposite side of the water you have that typical Asian skyline with big tall sky scrappers and lots of neon lights. It really must be an architects dream to check this city out. 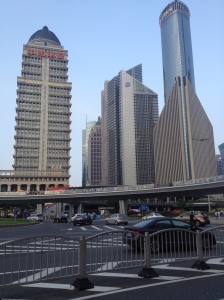 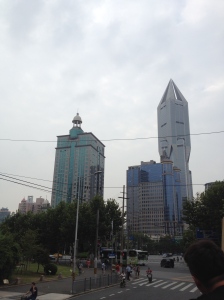 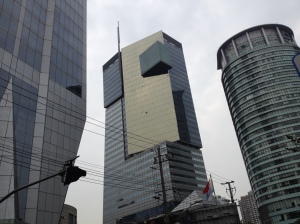 So, as for me, well first day got in, had a look around my local area, I was staying at the Renaissance Shanghai Yu Garden hotel which is right next to Yu Garden which is a pretty famous tourist trap with some stunning buildings in what is an impressive market place. The hotel itself was awesome, fully recommend staying there, the rooms are decent sized, the staff are very friendly and helpful, the pool is trippy and even has a decent fitness center, and the food there is pretty good too. Didn’t do much sat night, I was thinking of going to check out one of the clubs, but after reading some stuff online about it, I decided not to, didn’t feel like going to an over packed nightclub since I was already tired so crashed out 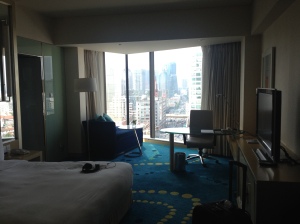 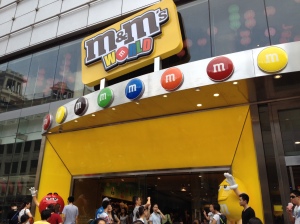 The next 2 days were spent shopping and looking around the city trying to find things. On the first day I didn’t do much research, I had already heard Nanjing Road was meant to be this impressive shopping mecha so thought I would end up spending half my day there then head to one of the bigger shopping malls… Well that was a fail, seriously, Nanjing road is rubbish, all it is was your usual international shopping brands all packed into a few malls scattered down a pedestrian st (some pretty big ass malls thou) Its basically the same shit you can find anywhere in the world. It is worth taking a walk up and down to see the thousands of people doing the same thing, everyone just ends up taking pictures of the big buildings and malls and doesn’t seem like anyone actually buys anything. Its more like a mall shopping district than a market style one. I did get lucky thou and found a store that sold some anime clothing, but it was really kiddy style, except for a couple of Hoodies I picked up that were neutral enough to not look too childish. Went to the super brand mall and fared no better there so ended up heading back to my hotel and jumped online for some serious research… Walked a long ass distance too 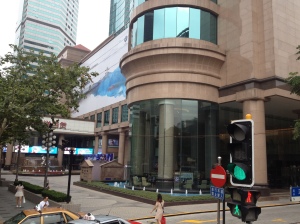 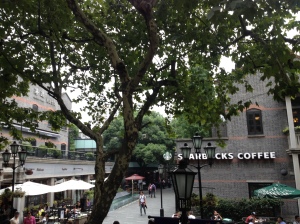 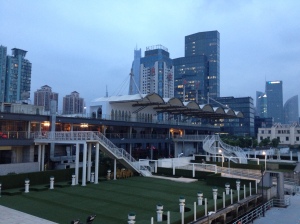 Which leads me to day 2, after looking online I managed to track down some stores to check out. Had about 6 places to check out, Mostly nestled in between Hauihai Road and Nanjing Road, it is actually a big ass area thou if you have a map and street addresses, things can be found easily enough. My success rate on the stores thou was pretty low, but luckily I did find some other stores along here that were worth checking out, but only a handful that I was really interested in, mostly located along Changle Road (which stretches a dam long way, with a few side streets that also have stuff too, but mostly fashion for women, seriously, if your a female and want to shop in shanghai, go to this area!) At the end of the day, ended up picking up only 3 T-shirts. After all that dam walking, I was kind of annoyed lol 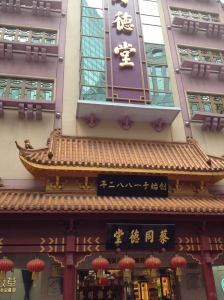 So, after the fail of the previous 2 days, this day was a day for sightseeing, first up was off to the Graffiti walls I had randomly come across about online, a big long stretch located up by Shanghai Railway Station (I’ll post specifics with the photos I took in another post) There was some good pieces up there, but a lot of them looked pretty old which was a shame, but it is worth a look. After that, I had a quick look around Yu Garden shopping area, finally found some anime stuff on sale (had searched what felt like half the dam city lol) But it was limited (esp by the language barrier because I have a feeling one of the places is a small store that has a bigger online store, more about that in another post) I did however managed to pick up a couple of things I wanted so that was good! Next it was on to the Big Bus sightseeing ‘tour’ which is an open top double decker bus that takes you around the city, its ok but the drivers still drive like regular bus drivers so you end up flying past a lot of stuff (ill also mention how totally fucked up China is when it comes to road rules later too, needles to say I saw one dude get knocked the fuck out by a scooter as he was walking across a green light…) The tour comes with a couple of options, either just the bus, or a couple of add on’s, I took the river cruise and tourist tunnel add on. DO NOT DO THE TOURIST TUNNEL! It is the biggest waste of time ever, total rubbish! The cruise was pretty good, thou a bit of a mickey mouse affair getting there, then having to wait outside, we got a free meal which wasn’t mentioned so that was nice, however I had to deal with pushy fucking people while waiting for my food, seriously, some people are just straight dam rude, it was a buffet dinner, and seriously, it was like a pack of ravenous wolves trying to get in there… Most of them were Chinese, and older too (thou a couple of the young ones were just as bad… seriously…) Apart from that and the annoying people taking photos on the top deck, the cruise was pretty good, some amazing views! But kind of wished I had taken a more ‘upscale’ boat where people have some dam manners! 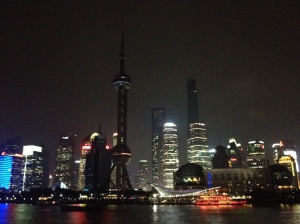 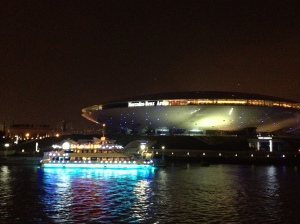 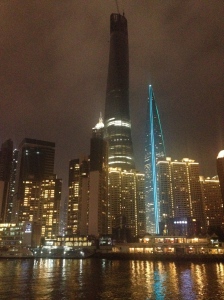 Well the cruise ended and again jumped on a bus to get taken back to the Bund (the cruise started way down river and did a loop going up and back) and then headed back to the hotel to have some food and relax before packing up my stuff and crashing. Overall it was a good trip, had enough time to not only shop but also explore the city, didn’t do everything, skipped most of the temples, but apart from that managed to see a lot of different things while also getting some relaxation and down time in too. Not sure if I’ll head back there again unless if it is to perform but definitely an awesome city.