Update time! Yeah it has been awhile between things so time to give a little catch up of what I have been doing the last few months… Nothing! Well that’s not entirely true, had a DJn gig usually every other weekend, had a few big parties here and there, but apart from that, I’ve been making the most of having some time off during the weekends and just relaxing, playing video games, catchin up on anime and working on some home projects. When you have been DJn basically every weekend straight for the last 4 years (only taking weekends off to travel or party) it’s nice to actually have a few weekends in not doing anything for once, thou in saying that, it still feels weird not going out on a weekend night, but I have tried to make the most of it since that’s about to change and it looks like my weekend dance card is about to fill up very quickly.

So as far as DJn goes, I haven’t been idle and have had a couple of gigs in the works for awhile now, unfortunately they got delayed thanks to water leaks and other things but now things are all set (barring any other unforeseen complications that can always arise)

So the first confirmed gig is for every Friday night in no other than HBC at V-Lounge, a nice neighbourhood venue (right next to Bonnie’s) where myself and Kiredmik will be holding it down between 10-2am on Friday nights with a mix of new and old Hip Hop, Funk, Soul and whatever else we decide to bang out. Being in HBC this should prove interesting but its nice being so close to home and could be a lot fun with the local crowds. The first night will be the19th of December 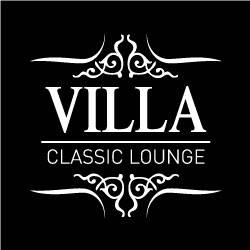 The second gig confirmed for now (just not the DJ line up yet, but I’ll be there at least for the beginning) is a new club opening up in Itaewon called Villa, located across from the fire station in the building basement next to Helios, Villa is going to be an upscale looking but affordable drinking house club aimed at Koreans and Foreigners playing a mix of new and old, popular and underground house tunes. With the vision and plan for this place it has the potential to be a hit (basically think of it as a second House Ming except more house orientated) The opening date is the 23rd of December and there will be a lot planned for the initial opening and over the Xmas/NYE week.