Welcome to this week in Anime with DJ Blaze, so first off lets get into the news (this will cover a few things since I need to catch up a little bit with what has been going on lately. But just note that some of them are a little old since I have been working on this for awhile now)

Also check out here for this summers anime releases coming out this week and weekend! I will put up my recommendations next week

Hayao Miyazaki invited to join US film academy, the dude is a legend, directed some amazing movies and fully deserves it

Eng Dubs in the works for Devil Survivor and Majestic Prince with voice casts being named, both are good shows

New Sailor Moon Series to start in July, this will please a lot of old skool fan girls

Attack on Titan outsells One Piece for first time, season 2 release for anime still not confirmed yet, sounds like they are going to release a season 1 ‘recap’ first then bring out season 2…

DBZ Battle of the Gods to be released in the US August 5th, DBZ is one of the few Anime’s where I prefer the Eng voice cast over the Jap cast… Not very often that happens!

Knights of Sidonia to get 2nd season scheduled for Nov 23rd, going to start watching the first season

Pacific Rim sequel confirmed with mention of a companion animated series also in the works… Wonder how this will go, didn’t they win? Guess not

Ok, thats it for now, usually I’ll keep it to 2 or 3 headlines each week and talk a bit about them. Also next week and following weeks I will start giving updates and recommendations for the Fall Season Anime releases which is already looking dam exciting with the initial line-ups floating around with around 10 shows sparking my interest

Ok before I start doing a weekly recap of the shows I am watching, you need to be brought up to speed with where they are at (if your not already there) So here we go with the major two 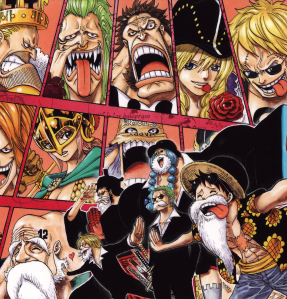 Things are really heating up again in One Piece. The Straw Hats have entered the new world and are now in an alliance with Trafalgar Law and the Heart Pirates to eventually go after the Yonko. After leaving Punk Hazard, they have arrived in Dressarosa to take on Dol Flamingo and deal a blow to Kaido by destroying his smiles operation. At the moment Luffy is fighting in a tournament where the prize is the mera mera fruit (his brothers fruit) We have just seen a pretty epic fight with Luffy defeating Don Chinjao, our first real taste at how powerful he really has become as well as seeing two Conqueror Haki uses fight it out. Zoro and Franky have met up with the resistance as well as Robin and Usop and are set to rendezvous with each other. Sanji and Kin-emon are on their way there as well while Nami, Brook, Momonosuke and Chopper are in trouble aboard the Sunny. Dol flamingo has the advantage at the moment with the Straw Hats clearly on the defensive and Trafalgar Law is in trouble up against Dol Flamingo and the new Navy Admiral Issho (Fujitora) But it looks like the Straw Hats are about to start their counter attack 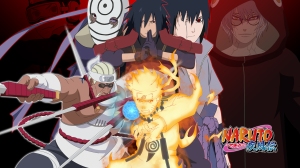 We are finally back to the war after an extended back story which for once was actually good to watch (Naruto’s main problem is the excessive amount of fillers and repeated back stories) We finally got to see more about Kakashi’s days as ANBU, as well as Yamato’s back story and Obito’s too which really give you a better understanding of the characters. Back to the war and the ten tails has been let loose and the ninja forces have finally rallied to what looks like could be the final chapter to the war, we also have our first few big deaths, Neiji! That was a shock! Also Shikaku and Ino’s dad, all in one episode! Madara and obito seem to be in a solid position, so will be interesting to see how things develop further, but unfortunately it looks like we are back to more fillers with Sasuke and Orochimaru resurrecting the 4 previous Hokage so Sasuke can get some answers from them. Looks like we are about to find out more about Uchiha Madara and Hashirama Senju which could be interesting.

These are the 2 I am up to date on, I will however start watching 4 more from scratch, the first is Fairy Tale, I have heard mixed reviews but it seems interesting and has been a round for awhile now. The second is Captain Earth, again I have heard good things and the show itself looks interesting. The next I have been watching and am up to date with but it is really good so I will start it again and review it weekly as well, its called Mahouka. The last is one I randomly missed is called Black Bullet but have read a couple of good reivews so will also check it out and start each review from episode 1 next week (Fairy tale thou I will review in groups of episodes since its been going for awhile)

Also with SAO2 coming out this week I will add that to the list as well and maybe a few more depending on how things go, but don’t worry, the recaps will be short and mostly my initial opinionated views on whats going on

Shingeki no Kyojin (Attack on Titan)

If you haven’t seen it yet, I highly recommend checking out this anime. The manga began in 2009 and has since garnered a lot of attention and with an anime series finally coming from it, it is fast becoming one of the most popular titles (even out selling one piece for the first time in 5 years) Not to spoil it for those who haven’t seen it but the story is dark, brutal and nothing short of a complete mind-f@$k at times, it is easy to see why it has become so popular. The plot follows a boy named Eren Yeager who lives in a world were humans are living behind huge walls protecting them from giant monsters known as Titans that suddenly appeared 100 years ago and pushed human kind to the brink of extinction. Titans are big, dumb, and hard to kill, feeding off humans and can regenerate if not killed properly. The past is a complete mystery, no one knows how the walls were made or where the Titans come from. Things are thrown into complete chaos from the get go as a new type of Titan suddenly emerges and breaches the wall. As the story progresses, you find yourself with more questions than answers, (The season 1 cliffhanger… my god!) lucky however that while season one was only 25 episodes long, there will be a season 2 (nothing worse than watching a good show and then having the ending left unfinished!) however the release date for season 2 is unclear and most likely will be in 2015. The characters are well thought out even if they do die as often as those in GOT, so you seriously don’t know who is safe and who isn’t. Also it really does touch on a lot of interesting political and ‘what would you do’ issues that really make you think as well as exploring the human psyche especially during times of complete desperation. Basically there is a reason why it has become so popular, so go watch it, now, seriously, your life will be better for it in a twisted way! 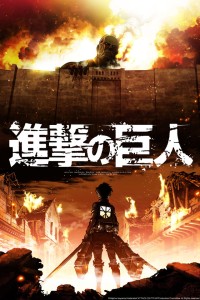 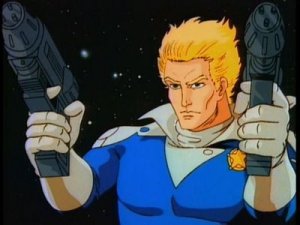 Gooseman is one of the series 5 rangers and is part of a team lead by Zachary Foxx. He was genetically engineered as a super-trooper however he isn’t as mentally unstable like the others from the experiment. He can heal and his body can adapt to various environments and this ability is enhanced to a degree by his series 5 implant. His personality is heavily based on Clint Eastwood and it carries well throughout the show, which is why I liked him (got to love a badass cowboy)

The Adventures of the Galaxy Rangers is an American animated Space Western television series combining sci-fi stories with traditional Wild West themes. Produced mainly in the US and most likely geared towards a western audience the animation itself was done by a Japanese studio. The story follows a team of rangers as they patrol the universe protecting outpost colonies against various threats, the main being the Crown Empire who also have captive Zachary Foxx’s wife, so the overriding story tends to follow his quest to track her down while still following your usual weekly story line.

The overall story was well written compared to the other shows of its time, which in a way worked against it since there was no toy tie in and the animation for itself was ahead of its time (in the western market at least) The show itself was probably a precursor to various modern shows thou there is a lot of speculation for and against this. Either way, Galaxy Rangers was an 80’s favourite and a worthwhile watch if your feeling nostalgic.