Yeah its a little late… but thats ok, I been busy…

So, last time was my Marvel rant, this time its prudent I show DC some love, but honestly I haven’t been as huge a follower of DC except for what’s in the main stream, so yes, seen all the batman and superman movies etc and some of the cartoons but haven’t delved much more into it than that, however I did read a the following review which I feel sums it up perfectly, so I am sharing it with you, and yes, Marvel might be on top in the movies… however in other media, DC def got game!

Seriously, read this article, it is very much on point

The original Batman movies had some of the best characters and some of the worst ever seen in the movie industry, having such extremes definitely didn’t help but the films were good.

As for superman, well we know that has been all over the place, Christopher Reeve was always amazing, Smallvile was meh, Lois and Clark… well yeah you get the picture. The new reboot however was good as an origin story; so glad that is out of the way.

Green lantern was a fail, sad given the characters looked pretty good and the made his powers appear really cool, however was also disappointed they went with a white Green Lantern

The cartoons are definitely where DC shines, I haven’t watched any of them religiously but the ones I have seen, eg Justice League, Batman: The animated series, young justice, Teen Titans etc, are just awesome. And the animated short movies are even better 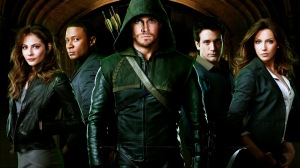 Arrow: Finally started watching arrow and have to say, I am hooked. I really liked how they kept it dark, gloomy and serious, even thou it’s a little different to how he is portrayed in the comics, I like this take on him better

Flash: Not out yet but I am looking forward to this 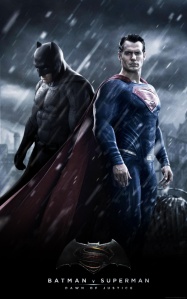 BvS: I am worried about this, thou the pictures and premise sounds good so far, it still feels like this movie is here to play catch up to Avengers and might try to much too fast. I am hoping the other characters who might appear in this movie are mere ‘cameo’ appearances and that the movie mainly focuses on Sups and Bats. I am extremely interested to see how Lex Luthor is, controversial casting call there but it makes a lot of sense and I think could end up being a genius move 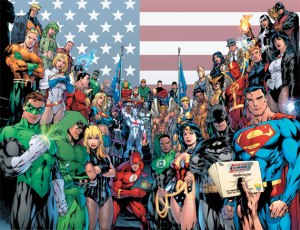 What I want from DC

I want DC to take their time with their movies like Marvel has managed to do, but also at the same time I don’t wont to be over loaded with too many origin stories etc So I am hoping they will find a good balance. The other thing that has me worried is they have said there wont be a cross over between their tv series and the movies… Um so what does that mean for flash? He is one of the original justice league members… DC has the content, but it really depends how they use it. As that article said, DC needs to look at how successful their other media has been and make sure their new cinematic creations don’t fall flat… again… 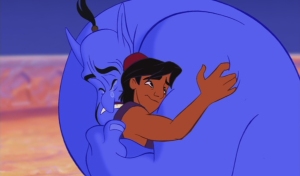 Robin William passes away, a fellow geek and provider of smiles all around the world, it is sad to see him go

Log Horizon was one of the big surprises last year, another anime based on an MMO story line. With the success of SAO and the prevalence of other MMO type Anime, Log Horizon was almost caught in no mans land between all the others being constantly released, however the story line and the premise for Log Horizon really blew a lot of people away and quickly has become a fan favourite and personally speaking, way better than SAO! The story follows an Enchanter named Shiroe as he as well as thousands of others are suddenly trapped within the world of Edler Tale, a popular MMO that has just recently received a major update, drawing a lot of older players back into the game. The story follows Shiroe as he and others try to make sense of what has happened and what it takes to survive in this world. It really does well at tackling the emotional side and possible trauma associated with being trapped in a new world and also their impact on that world. The players trapped within the world are known as adventures while the NPC’s are known as the people of the land, the thing with Log Horizon is the world which they are trapped in, your not sure if its the video game or the actual world and this is where things get tricky trying to figure it out but in a good way as the show teases you in various directions. Shiroe quickly teams up with his old friends and acquaintances as he tries to figure things out, we get to know his friends pretty well (I wish they would let Akatsuki loose more often, she is the boss!) and it is their interactions along with Shiroes strategic mind and just genius intellect that really drives this anime forward, but it is also the playful interactions as well that still manage to keep the show light hearted and entertaining, along with a few love interests thrown in at times for good measure. But also the political element that is introduced gives a real feel of reality to the show too. Overall Log Horizon is a great anime, I love it and there is a reason it is no. 2 on my favourite list. Also season 2 is almost here! 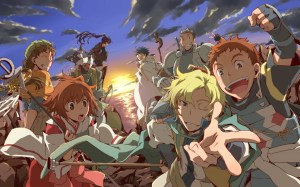 Animation 9/10 It jumps at times from animation drawing to almost 3d cgi at times which is a little weird since the animation itself is fine and doesn’t need that extra kick, its not mind blowing but its perfect for what it is

No throwback character this week, its been a messy few weeks with things on, but am getting back into my routine again so will start my throwbacks up again next post 🙂