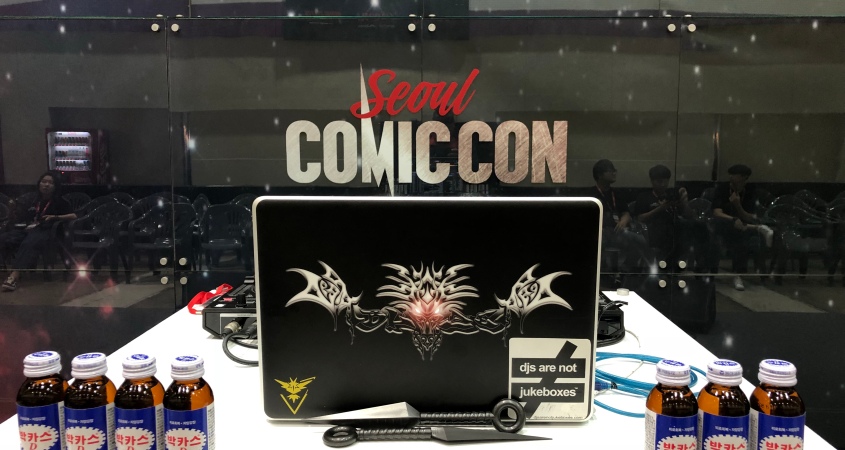 Time for another update

It has been awhile since I have updated my page, had more than a few things going on recently, some good while some bad. I did say this would be a year to get some work done and while I have mostly managed to stay on track, something’s have had to take a backseat. Luckily the things that have taken a back seat aren’t as crucial to achieve my goals as I look towards the next few years, in saying that, they are still things that I need to get back into my life.

END_OF_DOCUMENT_TOKEN_TO_BE_REPLACED

So close yet so far, DPS carries are real

Our team of free agents is slowly starting to come together in the 3rd season of the AAOL. In round 2 we managed to get 5 of our players to turn up and ended up having a very good game against Infinity. Only a strong DPS carry performance from their Masters player kept us in check at crucial moments. A high level DPS player can really make the difference in a team and it is why esp in comp, everyone wants to play DPS. Everyone thinks they are a DPS master and can carry their team, in reality thou, only a few actually can.

END_OF_DOCUMENT_TOKEN_TO_BE_REPLACED

After finishing the Pacific Open Division I managed to join up in time for the AAOL. An amateur Overwatch tournament run in Australia and NZ. Even thou I am over in Korea, being an online tournament with a small time zone difference, I am able to participate without problems. I was wanting to join the KTV league but their game times are on a Friday night and I wouldn’t quite make it back in time from work to play. But since the AAOL is on Saturday, it works out perfectly for me with games being played at 5pm Korean time.

END_OF_DOCUMENT_TOKEN_TO_BE_REPLACED

In the end, it all falls apart…

Well, it is over, done and dusted. Our first venture into the competitive arena of video games. We had some ups and downs but hopefully throughout it all, the team learned something along the way. And that is what this was all about, learning something new. Learning more about the game and how it is played on a more cohesive and professional level. To see just how much time and effort teams and players put in to the game and seeing first hand how much of a difference it makes. To learn just how detailed the game can be and how intricate the strategies are which make the game that much more impressive and also shows just where the differences lie between regular and pro players.

END_OF_DOCUMENT_TOKEN_TO_BE_REPLACED

This week finally had us up against a team who was ranked below us in terms of SR (yes, I was given a spreadsheet with every teams Highest and Team average SR, it is nice to know we aren’t the lowest team in the division lol) so we were looking forward to a positive match up on the Saturday night. However, once again our opponents were a no show, giving us our 3rd win by default. While we don’t mind taking the default win, we want to play, we need to play, we need that game time against other teams if we want to improve. Each team only gets 10 games before the play offs start so every game is important. It is even harder for us since we are a new team and have really low ranks. Finding teams to scrim against at our level is really hard, the majority of teams looking to scrim in our league are all looking for Master teams or above. The lack of game time with each other is really starting to show esp with our Sunday night game albeit against a team whose record doesn’t reflect their ability. END_OF_DOCUMENT_TOKEN_TO_BE_REPLACED

So close yet so far. Small mistakes are costly even in video games

We are past the halfway point in this season of the open division and our performance continues to improve. Unfortunately our second game this week resulted in a no show from our opposition. Even though we get the win 3-0, we really wanted to play them and see how we would match up as this was a team of similar ranking to us. However with their team only contacting us 10 mins after the start time and then no further communication, we had no choice but to contact the tournament admins and register our opponents as no shows. That aside, our first match up this weekend ended up being an epic affair with us going down 3-1.

END_OF_DOCUMENT_TOKEN_TO_BE_REPLACED

Finding our feet as the opposition evens out

In our second week of competition we managed to get 2 games in as most of the teams in the division have now been finalized. While we still lost both games, after a week of soul searching and deciding just what direction to take our team, we have shown a marked improvement in our game play. While we are still far from perfect and where we need to be as a team, we are making great headway moving forward.